Rajoy: “Brexit will not break our bonds with the UK”

BRITISH prime minister Theresa May reiterated her support for her Spanish counterpart Mariano Rajoy today (Tuesday) over the Catalunya political crisis, and both said they hoped to see an agreement with the Brexit negotiations very soon.
Rajoy had travelled to London to meet Mrs May at 10 Downing Street, where they spent 90 minutes on a working lunch during which Brexit was, inevitably, a hot topic of conversation – but although they discussed bilateral relations between the UK and Spain, the contentious subject of Gibraltar's sovereignty was not mentioned.
Catalunya, equally as topical, was given plenty of air-time, since Mrs May has always stated categorically that she backs the Spanish government's 'defence of legality' in the face of the 'illegal' separatist movement, and that her Conservative government would refuse to recognise an independent State of Catalunya.
She reinforced this during today's meeting with the Spanish president, saying: “It is imperative that the law of the State should prevail and that the Spanish Constitution should be complied with.”
Rajoy thanked her for the UK's backing of 'the Spanish government and the people of Spain', adding: “Without respect for the rule of law, there can be no democracy, and what is happening now is a return to some of the worst past episodes in the history of humanity.”
The Spanish leader said in his press conference following the meeting that the relationship between Spain and the UK is 'as old as the history of the two countries' and rooted in 'a friendship' based on shared values of 'freedom, democracy, the separation of powers and the rule of law'.
He recalled that the UK is Spain's fourth-largest international customer and seventh-largest supplier, its main investment destination and that Spain 'is visited by more citizens from the UK than from any other country'.
Posted by Maestrat Park at 08:30 No comments:

Mediterranean Diet: Figs Can Lend You A Hand In Lowering Your Cholesterol 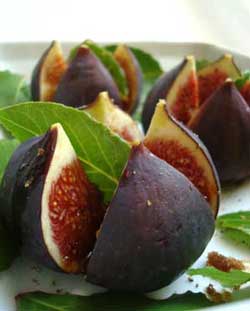 Held in high regard as part of an authentic Mediterranean diet, figs are a major contributor to the low levels of cholesterol people living in the Mediterranean region enjoy. Figs can lend you a helping hand to restore to normal your cholesterol if you do what Mediterraneans do: to make figs part of your daily diet. If you follow this recommendation, you will be surprised at the results in the not so long run.
Posted by Maestrat Park at 07:47 No comments:

Fancy a change from 'Jamon'? 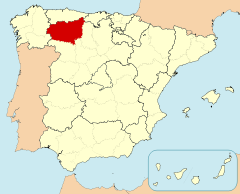 Although Spain is famous for its "Jamón" or cured ham, which in my opinion is the best in the world, there is also another cured meat speciality which is not as well known and as equally exquisite.
"Cecina" from León can be defined as a smoked dried and salted beef, which in a similar way to ham is taken from the the hind leg. The outer part of the Cecina has a toasted brownish colour which is caused by part of the elaboration process. It is similar to the Italian Bresaola.

Posted by Maestrat Park at 14:36 No comments: