The German economy tripped up in the second quarter, registering negative growth of 0.2 per cent, some way behind the 0.6 per cent growth clocked up by Spain in the same period.

Posted by Maestrat Park at 11:48 No comments: 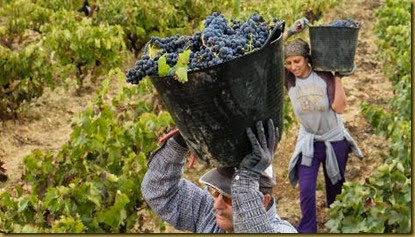 In their fields of vines in deepest Spain, the winemakers at the Jesús del Perdón cooperative smiled last August: the blend of rain and sun promised a bumper grape crop. They just didn't realize how big it would be.

The massive crop vaulted Spain to the world's biggest wine producer, forcing its vintners to compete abroad in a tough market to sell off the surplus.

Spain overall produced 50 million hectolitres (6.7 billion bottles) of wine in 2013, a 41 per cent surge from 2012, the Spanish agriculture ministry says.

Posted by Maestrat Park at 09:18 No comments: