The issue of Castellon Airport has possibly been considered more times over the last few weeks than at any time since it's official opening in March 2011.

The subject has now progresses to the point where the Generalitat Valenciana - the 99% shareholder behind concerssion holder, Aerocas - is considering which of the two bids submitted to operate the facility will be awarded the contract. 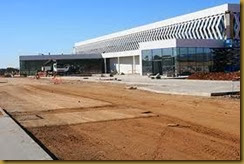 Bids from Canadian Aviation company SNC Lavalin, and a consortium comprising Aerospace consultant Gesnaer, and Tourism group Marina d'Or are to be reviewed over the course of this weekend, before a contract to operate Castellon Airport for the next 20 years will be awarded.

Various consultants and industry specialists are due to review each proposal and business plan in detail before reporting back to the Generalitat, at which point an announcement of the new operator, and likely date when flights might commence, is expected.

Posted by Maestrat Park at 10:31 No comments:

Commonly made all around the Valencian Community during village festivities it‘Olla de San Antón’ which is on a par with Paella when it comes to feeding large crowds. Traditionally made in tall cauldron pots, it can be just as easily made at home in a large casserole pot. 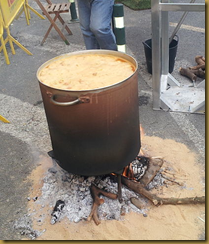 In Valencian villages such, cooking this rice dish in the town square has become a yearly tradition. Usually cooked over a log fire made with orange tree wood, it is custom to prepare this on the day of the villages’ patron saint and a plate handed out to anyone who wants one.

Posted by Maestrat Park at 12:08 No comments:

Shops, offices and apartments across Spain are being purchased by foreign buyers at a fantastic rate.
The buyers are streaming back into the country which is still suffering from the shock of the Global Financial Crisis.

Americans, Germans and British are especially focused on Spain with many estate agencies claiming that investment in Spanish real estate has returned to the levels it reached before 2008, when Spain experienced a building-bust.

In the residential sector home buying is being led by people from France, Holland, Belgium, Britain and Germany.

Spain has some very wierd food, so I thought I would pull together some of the most bizarre food I have come across during my time in Spain.

6. Gooseneck barnacles – Percebes – Galicia  These are really nice if you like Mussels

Posted by Maestrat Park at 12:46 No comments:

Sangría is only sangría if it is made in Spain or Portugal, rules EU

THE term Sangría can only be used for the red-wine-based punch drink if it was made in Spain or Portugal, the European Parliament has ruled,

A popular and very potent summer refreshment, made with red wine, orange juice, chopped fruit and other ingredients including various types of alcohol, sangríais probably the greatest Spanish cliché after castanets and flamenco dancers – but if it is bought elsewhere in the world, it must not use the same name unless it has been imported from Spain or Portugal.

Posted by Maestrat Park at 12:30 No comments:

Mediterranean Diet May Protect from Diabetes

In the latest trial of the on going intervention study PREDIMED, Spanish researchers found that following a Mediterranean diet may cut the risk of diabetes by about 30 per cent compared to the control diet, which was characterized as a low fat diet.

The study published in the Annals of Internal Medicine, involved 3,541 men and women who were a subgroup of the larger PREDIMED study that enrolled over 7,000 participants from seven communities in Spain since 2003. The men and women for this particular trial were between 55 and 80 years of age and at high risk for heart disease, but without diabetes

This is not the first time that the Mediterranean diet has been found to have a preventative effect against diabetes. In 2011 a smaller trial (418 participants) of the PREDIMED study showed that a Mediterranean diet reduced the risk of type II diabetes by almost 50 per cent compared to a low fat diet.

Posted by Maestrat Park at 09:08 No comments: